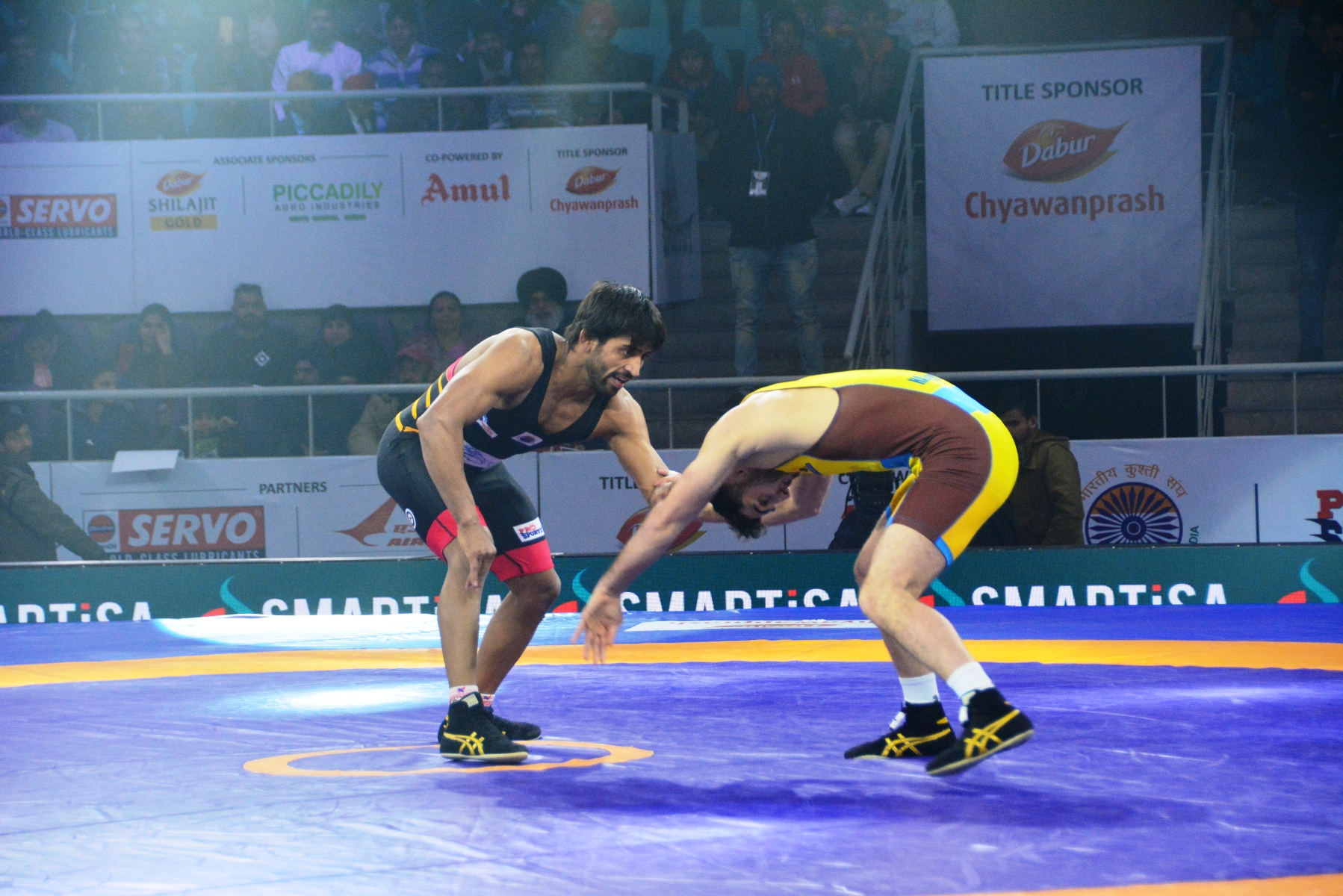 Greater Noida, 31 Jan. 19: Defending champions ISTUTI Punjab Royals and runners of season 3, Haryana Hammers will clash in finals of Pro Wrestling League, Season 4 at the Gautam Buddha University Stadium, Greater Noida. Like previous season both team played in full dominance and thrashed opponents back to back. Yesterday, Haryana Hammers entered finals by defeating Delhi Sultans comprehensively with points on score board 6-3. ISTUTI Punjab Royals reserved their seat in finals by thrashing UP Dangal by 5-4. Today, top teams of this season as well as of previous  will once again collide together in the finals and it is going to create explosion of entertainment for audiences.

ISTUTI Punjab Royals with maximum wins, leading the points table. Out of 6 matches they played, were victorious in 5 whereas Haryana Hammers with 4 wins out of 6 matches is the second lead. ISTUTI Punjab Royals with wrestlers- “Padma Shri” Bajrang Punia, Mighty Dato Marsagishvili still looking favorite this season. These two wrestler are unbeaten and ruthless and always hungry for the points.